The accessory is ok for twin flames 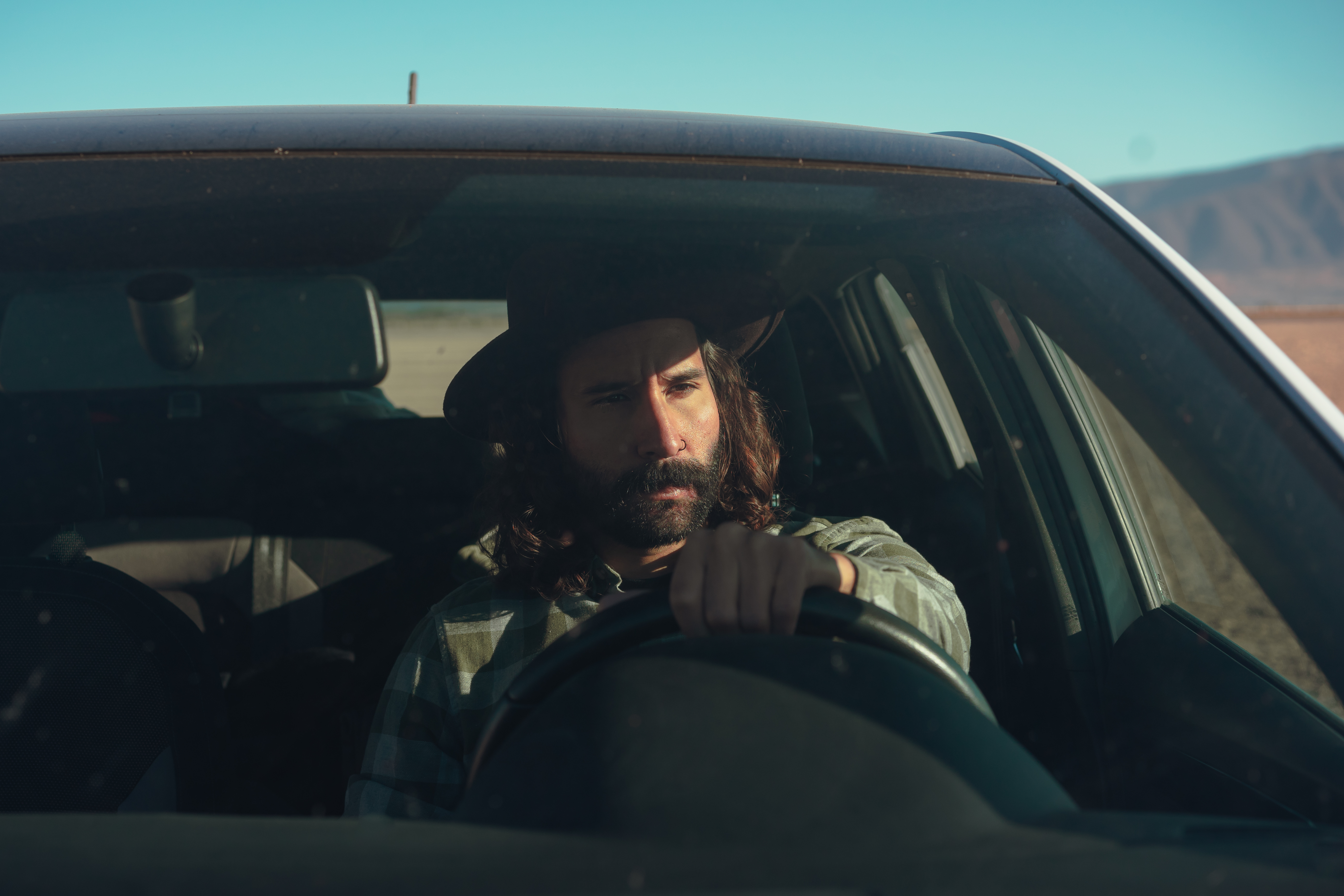 I have read in the Twin Flame literature that it is important to release attachment to an outcome with our twins.

Until recently, I couldn’t exactly verbalize why that principle didn’t sit well with me. The other day I realized in a way that I would like to share with you.

I will offer my own opinion and you will know immediately if it resonates with you or not.

For twin flames that have met in your physical bodies, it is NOT correct that you should release an attachment to the entire physical reunion.

If the twin flames have met in the physical, and if they both know / feel / feel that this life is their last incarnation, it is destined for them to fully meet in this final physical life. For those who choose a romantic relationship with their twin, they must maintain their vision for that during the challenging first trials and tribulations with the twin. Whether one or both of the twins are aware of the magnitude of the relationship, at the very least the one who is aware of this special connection has a duty to maintain vision toward the entire reunion.

My thoughts on this matter are the result of living this experience and gaining knowledge as you go.

I felt there was a great deal of destiny involved from the moment I began to understand the nature of my relationship with the twin. Even when the pain of separation was painful to the point of grief; I felt this was true. As our non-physical helpers worked with me over the course of our first six months together, they not only taught me that it was okay for me to work with twins on a soul level, they taught me that it was my responsibility. It is the duty of the awake twin to help the other half.

Like everything, we have free choice. We can decide to quit. Many do. It is understandable why. But if you choose not to give up and keep the vision of the ultimate reunion … if you can teach yourself to endure the pain that ebbs and flows, and if you are willing to learn more patience than you thought imaginable, it is your obligation to help yourself. and twin through.

I’m talking about working with the soul / higher self and the couple’s guides. Common courtesy applies to twin flame associations, so when you speak to your twin face-to-face or on the phone, of course, you ask permission and speak to them as you would anyone else, but with the soul guiding you. As you nurture the relationship, you undergo a change: you realize that you ARE soul, you no longer think about it, you speak effortlessly from your higher self / soul. It becomes automatic.

You realize that you are not a mind that knows that you have a soul; that turns around and you appreciate that you are SOUL that is spending time in a human body. It is an extraordinarily rare phenomenon to be aware of this and to have met your twin flame. It feels like the pinnacle of all the experiences you can have while in human form.

Getting there is difficult. This is not an easy task for either of the twins. Eventually, both of you will realize your connection. At the beginning of the physical relationship, one of the twins (more commonly appears to be the woman) is conscious and has the demanding task of helping his partner become aware on his physical level of the nature of their bond.

I believe that those with a physically manifested twin feel the pull of their twin for most, if not all, of their embodied life. They may not have the words to describe it, or for fear of being teased, they may not argue, but they feel it. It is literally as if a human mother gives birth to fraternal twins: a boy and a girl. The twins grew up in their mother’s womb and bonded so closely that they shared everything … they communicated without words, they loved and cared for each other and each knew exactly what the other was feeling and experiencing because they shared the same experience.

At birth, their biological mother gave them up for adoption. Each twin went to separate families. Their adoptive parents did not know that they were welcoming a ‘twin’ into their home … they innocently told the children that they were from a single birth. Over the years, parents assure the child that he does not have a twin in the world, but the child still feels something. Something inexplicable. They feel that someone is missing. They know their parents don’t lie, but they can’t erase the feeling that they have a special someone out there somewhere. It is not that they “want or desire” one; they “have” one. There is no right or wrong, just a difference. You will know what your case is.

In general, the child feels the ‘lost twin’ in special moments; birthdays, holidays, especially beautiful days and particularly difficult days. When you feel joy in your heart or sadness in the depths of your being; they feel (no matter how deeply the belief may be buried) that there is another soul that would understand them. The bond is so strong that even though everyone tells the child that this kind of relationship is not possible, the child clings to an inexplicable element of faith. & trusts that one day they will find their twin, their “person”, and that their twin will be looking for them.

We have life experiences that we must have for many reasons, even if we are destined to meet our twin flame in this life. We must have had numerous experiences in preparation. These life experiences can bring us to the point where we are no longer sure that the soul we feel in our hearts is actually with us on this planet. We are taught in many ways that “good” is good enough. Many (myself included) are open to everything the universe brings and teaches; but while resolving never to “settle” I had also come to the conclusion that perhaps our most perfect partners are not incarnated with us and are watching over us and guiding us from the other side. We release our expectation of meeting “him or her” but we never stop believing that if the universe intends for us to meet physically, we will know because we will not miss each other … WE KNOW.

My life experiences did not lead me to my twin to be less than successful ultimately. Beyond that, I have come to believe that I am not supposed to release all attachment to the end result. This is due to an experience I had months after meeting my twin.

In the depths of the initial confusion and pain with the twin, a vision was shown to me. While I often have visions, being a psychic and a healer, I have visions of one thing or another on a regular basis. It is not a new concept, but visions rarely refer to me, they are given mainly to provide the information I need to help others.

The first time I was given a “glimpse” of what would be a likely outcome for me and my twin … I was driving my car. I was listening to music and had managed to get it out of my head for a while. He had been working for weeks and weeks to release it and forget it, that’s what the ‘experts’ said to do: release expectations, separate, separate, separate!

But my guides had another plan. They pushed a vision into my head. I was shocked and said (literally out loud) “Enough. I must have made that up. Why did you show it to me?”

A smooth energy, a knowledge that seeps smoothly through the car “You are not making this up. Look again when you are ready. There is no rush, look when you feel comfortable doing it.”

I allowed myself to look again and saw the same scene … it looked like a movie. It would stop when I looked away and start when I had the guts to look at the screen.

Again, in great anguish, I said, “Please … stop. Why is this happening? Why are you showing me this? I’m starting to feel better; I don’t want to see things like this … it hurts more.”

They told me, “You are being shown a probable outcome, so you understand why this is happening.”

This is a critical point. Much information in books and on the Internet is quite consistent: the advice is to eliminate the attachment, not to project a specific result …

It took me maybe a month or two to finally get it. This is MY twin flame experience. I was shown this vision of our future with extraordinary purpose, so that I would not let go of the pinnacle of results, the complete reunion in our physical bodies.

I have worked harder than I can communicate to release desire and need from my twin’s physical body, I have learned to trust my own soul and his. I trust the guidance and support I receive from non-physical beings who support us on this journey.

What I recently realized, when prompted by something a dear friend told me, is that it is not right that twins should part ways with one outcome. In fact, it is having full confidence in that outcome that gives the conscious twin the strength, fortitude, and grace in the most extreme conditions to continue to love and nurture each other through the difficult aspects of this fascinating fusion.

I have known that this is my final incarnation since I was a child. They told me certain details about the choice of my soulmate in this regard. I did not ask or meditate on this information, it came to me in a loud voice that could not be ignored. It came to me the same night, the same conversation, in which they told me that it was not only possible, but that it was my duty and responsibility to work with the twin on a soul level, and to continue working on myself, so that I would have reunification place. They (the spiritual teachers) were clear that if I was willing to do the work, they would teach me what I needed to know.

I am not here to argue with the opinions of others. I can only speak of the information I receive about our relationship.

Trying to figure out something about the weather or how the journey will unfold is silly, I’ve come to realize that. Cycle after cycle I become clearer. Sometimes I struggle to release all of this to the universe and let it handle it however it wants. Releasing is not the same as being detached. Attached means keeping faith, trusting and believing, but letting someone else (the universe and our souls) handle the details.

They gave me a gift, they showed me what was possible. They showed me what was destined to happen if I / we simply listened and did what we were told / shown to do. Although they did not give me the luxury or the comfort of being shown what the path / journey would be; nor was I shown anything referring to the timeline, I was shown the most likely result and I refuse to post. I remain attached to the faith. They wouldn’t have shown it to me if I wasn’t supposed to see it and didn’t have the utmost trust and absolute faith in it and in us.